As previously announced on this evening’s Black N Blue Takeover, in conjunction with Invisible Oranges we are pleased to announce the return of New York Hardcore stalwarts, JUDGE (w/ support from Manipulate) this time to Brooklyn at Saint Vitus Bar on October 11th. With 2 sold out nights at the 2013 BNB Bowl at Webster Hall (which is 10x the capacity of Saint Vitus Bar), it’s most certainly going to go down in history.

Tickets will go on sale this Friday, Sept 27th at 12pm and are sure to sell out quickly. 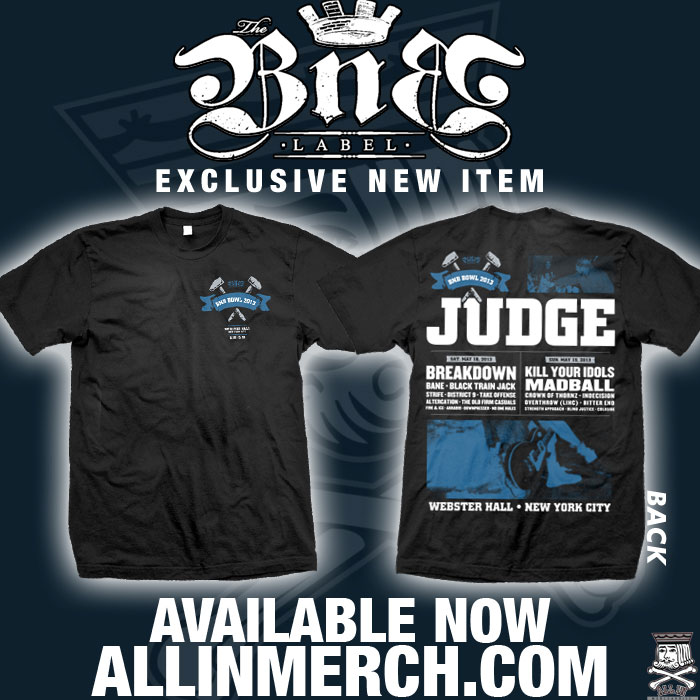 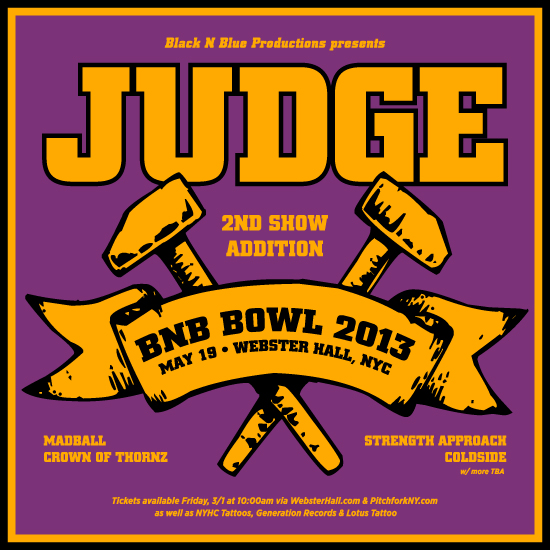 Put the rumors and gossiping to rest, the BNB Takeover proudly announced the complete line-up for this years annual Black N Blue Bowl which will feature a highly anticipated reunion from JUDGE. A complete listing of announced bands and details are as follows;

Limited amounts of tickets will be held for walk-up’s the day of the show but online tickets will be available via Webster Hall on Friday (2/22) morning at 10:00am and at the following locations; 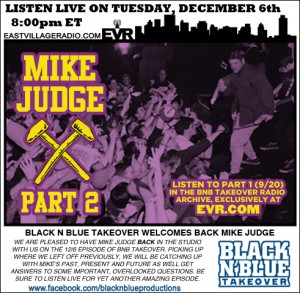