Check out a great interview with Freddy in the Miami New Times and see what he had to say about Miami, the Black N’ Blue Bowl 2015, and why fighting at shows is bullshit. 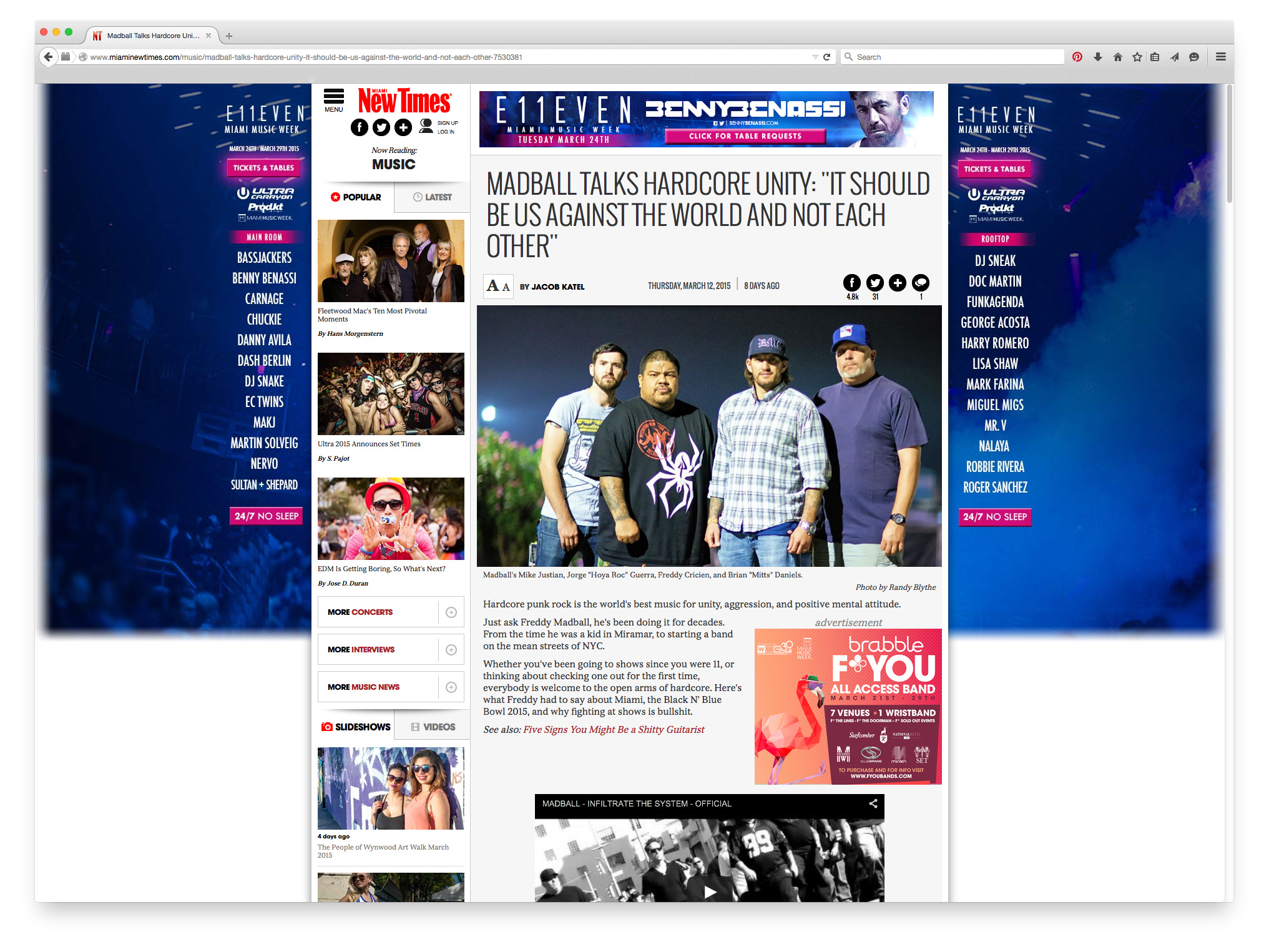