“Hardcore music has been instrumental in my life and I’m excited about getting on stage with Gavin again,” says Burn frontman Chaka Malik. “Much respect to the folks at Black and Blue for the work they’ve been doing. Keeping a viable platform for bands and people in the culture to experience what’s been a big part of many of our lives is really important. The old Ritz is a fitting venue for Burn to bring the energy we were known for in the past.”

Says Burn guitarist Gavin Van Vlack: “We’ve been approached to do this for well over a decade and it never felt like it was the right time. Finally the stars have aligned at a time when it all feels so right; where the pure desire that Chaka and I have to play these songs has come to fruit. It’s an honor to work with Black N Blue as well—they’ve put so much blood and sweat into supporting this culture of ours.  Excited would be a massive understatement about how I feel about doing this.”

An updated flyer and info can be found below as well as the Convoy Films produced trailer here; 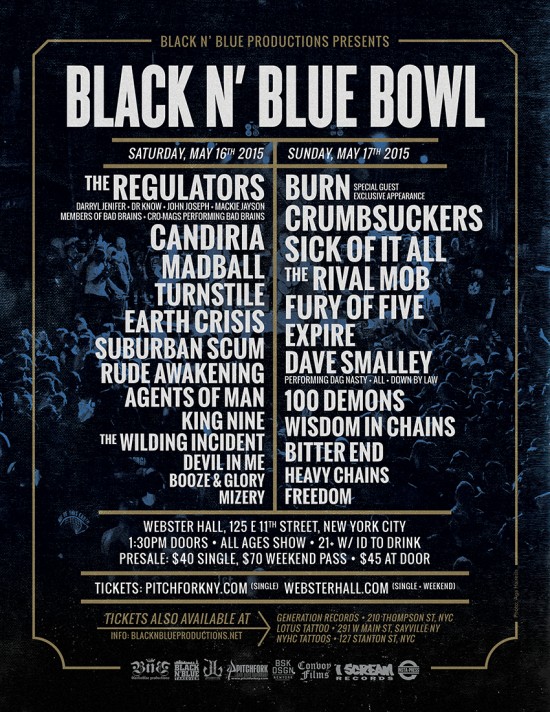