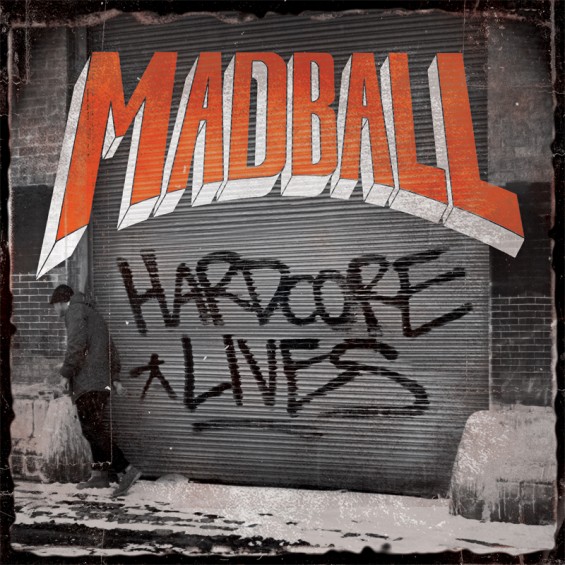 With a musical legacy dating back over 25 years, frontman Freddy Cricien had the following to say about Hardcore Lives. “I shouted ‘Hardcore Lives’ on Madball’s first release, Ball Of Destruction, – I was twelve then. It wasn’t pre-planned or written down… it was an ad-lib that I just threw out there and we kept it! Back then there was no choice really, not the way we were recording – two track live at Don Fury‘s… NYHC style! I feel the sentiment behind the expression still holds true today, maybe even more so. That said, Hardcore Lives at least to us, is not just about a cool ‘catchphrase’ – it’s about that rebellious spirit that doesn’t give in… in life, music, whatever. It’s about growing, evolving and maintaining your integrity in the process. ”

The LP is to be released on June 27th via Cricien’s own The Black N Blue Label for the U.S. and Nuclear Blast in Europe. It will be available as a digipak and limited edition colored orange vinyl, both including two additional bonus tracks: “The Beast” which also appeared on 2012′s EP Rebellion and “Spit On Your Grave” originally from 1992′s Dropping Many Suckas EP. Both tracks have been exclusively re-recorded for this release.