More line-up for the 2012 Black N’ Blue Bowl will be announced tonight on the East Village Radio hosted Punk/Hardcore show BNB Takeover. The BNB Takeover team, comprised of Cuzin Joe, Buske, Brooklyn Larry and Damian Burnz will be sharing the remaining bands not already announced throughout the entire episode, in between the usual commentary and antics the world has come to know and love every Tuesday night.

As previously announced, the legendary New York Hardcore band, The Mob will be playing this year alongside 2 of the brightest newcomers out now, Rotting Out and Suburban Scum.

Be sure to listen live on evr.com at 8pmET to catch this massive announcement LIVE. 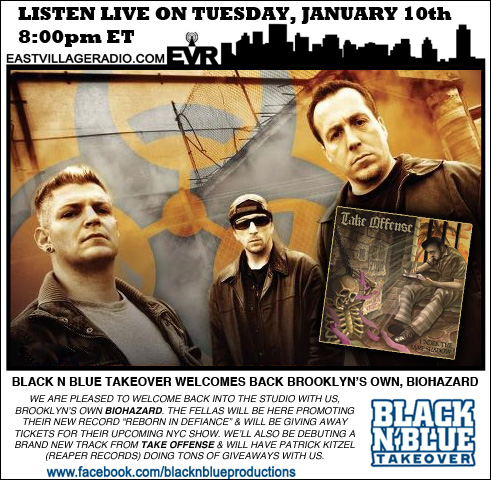 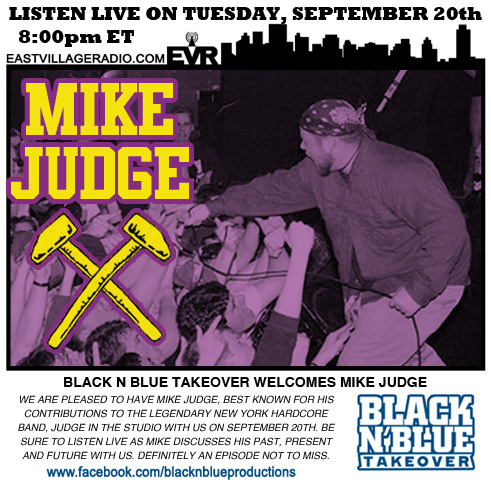 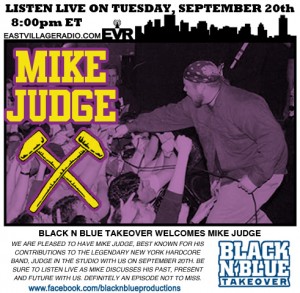 Be sure to listen live on September 20th at 8:00pm to the BNB Takeover on EVR.com as they welcome Mike Judge, the legendary frontman from one of NYHC’s best, Judge. Mike will be stopping by with Civ (Gorilla Biscuits) to discuss his past, present and future and a whole lot more. For those that don’t know, Mike has lived a very secluded (yet respectful) life from Hardcore after the demise of Judge, so this will be a very entertaining conversation you’ll want to listen in on if you’re a fan of Judge, or Mike in general.