For anyone familiar with the [now] classic 1989 Agnostic Front “Live At CBGB” (In Effect Records) recording, now’s your chance to see and hear that same exact set list played again at the following shows:

Commented vocalist Roger Miret:  “So for these upcoming three shows at the end of the month, and in celebration of our 30 year anniversary, we will be performing the classic Live at CBGB’s set list in order! So revisit the glory days of 1989 when it was released and when ‘Anthem’ made its first ever video premier from that historical show!” 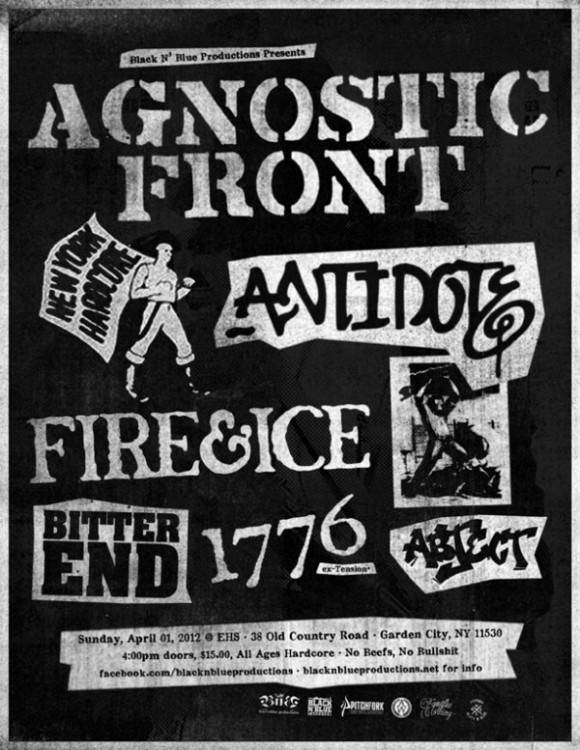